[adinserter block="1"]
You are here: Home / Entertainment / Save Your Soul & Save The Date: The Book of Mormon Scavenger Hunt
Share this...

If you haven’t seen the smash hit The Book Of Mormon, you won’t want to miss its return engagement to Toronto with performances from September 16 to November 30, 2014. It’s one of those really “pushing the limits” type of musicals that will either leave you  completely shocked or highly entertained… or in some cases (aka mine), both!

Touted as “The Best Musicals of This Century” by Ben Brantly, The New York Times and as the winner of nine Tony Awards, it’s no surprise that tickets are moving FAST for this touring production.

But let’s have some fun, shall we? 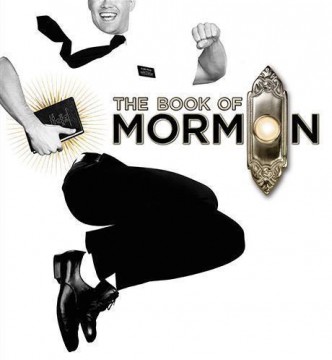 The Book Of Mormon is inviting Toronto to join in a citywide Scavenger Hunt!

WHAT: An opportunity for the Toronto community to engage with The Book Of Mormon on social media and in person. Winners will receive a pair of tickets to the show.

Only one entry is allowed per person. After finding a doorbell, winners must show valid ID to pick up tickets at The Princess Wales Theatre box office – 300 King Street West.

For more information, visit BookofMormonTheMusical.com and for Tickets in Toronto, visit mirvish.com

“Stop making that noise, it makes me want to throw squirrels.” The sound of crackling plastic was driving my husband to the point of rodent … END_OF_DOCUMENT_TOKEN_TO_BE_REPLACED

Summer used to be magical. The hot weather, the outdoor adventures, the complete and total lack of responsibility. School was over for the year and … END_OF_DOCUMENT_TOKEN_TO_BE_REPLACED