You are here: Home / Entertainment / Review: I Will Always Love ‘The Bodyguard: The Musical’

How much fun can you have watching a romantic thriller about a diva, her uptight bodyguard and a stalker in a musical? Well, A LOT judging by the crowd last night at the official opening of The Bodyguard: The Musical in Toronto.

Many of you will already be familiar with the storyline. It’s based on the 1992 film ‘The Bodyguard’ written by acclaimed Oscar-nominated screenwriter Lawrence Kasdan and adapted by Academy Award-winner Alexander Dinelaris, and starring the legendary Whitney Houston and Kevin Costner. However, the musical offers an updated version that’s relatable for today’s younger audience. Pretty sure smartphones were not quite there yet to capture images for social sharing as many of us did last night during intermission!

But if you haven’t seen the film, no problem. The storyline is easy to follow but most importantly, you’re here to enjoy the sights and sounds of a truly entertaining evening. Honestly, right now…it’s exactly what we needed.

The smash-hit musical is direct from London UK’s West End Theatre, follow successful singer Rachel Marron whose rise to stardom requires her to adjust to a world with less freedom to lead a “normal” life. Frank Farmer, a former secret service agent, is hired to be her personal bodyguard when an unknown stalker becomes a concern. Rachel is resistant to having someone watch over her at all times and Frank is serious about his job. Both want to be in charge…but falling in love was out of their control.

Of course, we’re all familiar with Whitney Houston’s hits and for sure you won’t be disappointed. Whether you’ve sung them in a karaoke bar after too much tequila or just heard them on the radio, these classic tunes are guaranteed to get stuck in your head. I admit that it took every bit of me to hold back from singing along the entire night. The Bodyguard features many favourites including Greatest Love of All, One Moment in Time, Saving All My Love, Run to You, I Have Nothing, Queen of the Night, and of course, I Will Always Love You. 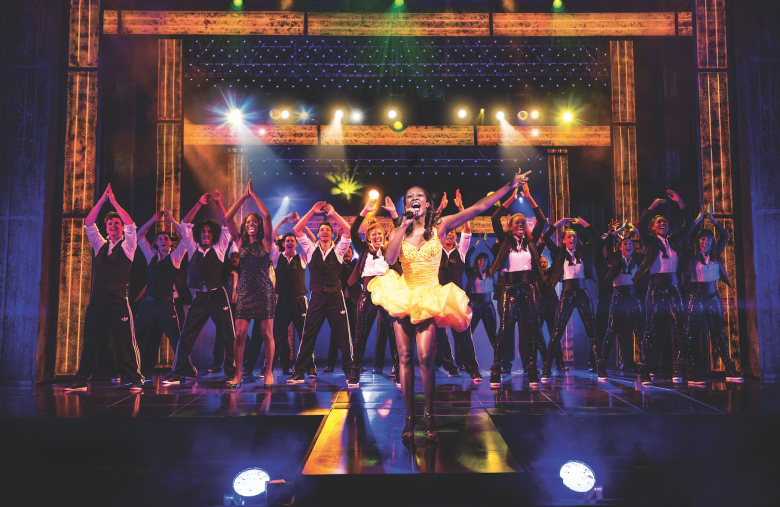 Beverley Knight takes on the larger than life role of Rachel Marron (Whitney’s role in the film) and gives it her all—which is no surprise given her well documented and praised vocal history. Known as the Queen of British Soul, Knight is one of UK’s most popular artists. She’s a platinum selling and award-winning artist and her latest album Soulville was released in Summer 2016. Her performance is powerful and beautifully chilling.

Rachel John plays sister, Nikki Marron, and has a beautiful voice herself. Not taking the limelight away from Rachel but worth paying attention to and her duo with Knight in Run to You is breathtaking.

While we think back to the movie and remember how cheesy it was, we love how the stage adaptation embraces everything that it is (and we mean that in the nicest way!) This is a perfect girls’-night-out or date-night kind of evening that will leave you singing Whitney tunes for days! Be prepared to get up on your feet and sing your hearts out at the end of the show.

Oh, and someone let me know if there’s a sing-a-long event on the horizon because we’d be there in a heartbeat!

The Bodyguard: The Musical is on stage at the Ed Mirvish Theatre in Toronto until April 9, 2017. For more information visit mirvish.com