You are here: Home / Entertainment / PALTROW AND RUFFALO IN “THANKS FOR SHARING” TRAILER 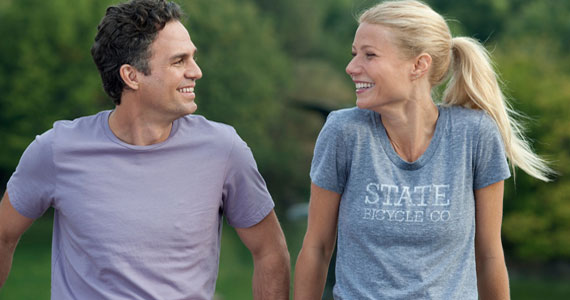 The trailer for the upcoming Mark Ruffalo/Gwynneth Paltrow movie Thanks for Sharing has just been released. He’s a recovering sex addict. She is a woman who was involved with an alcoholic. They are trying to make it work.

Oh, and Gwynnie looks great – and appears to spend a lot of her screen time in lingerie.

From the trailer, it looks like a dramedy. The funny moments come mainly from supporting characters played by singer 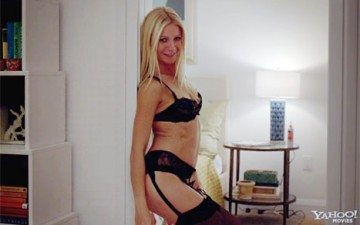 Pink (it’s her feature-film debut) and Josh Gad. Yet as with every on-screen love story, there must be a challenge. Here it’s called “sexual addiction”. I certainly don’t expect Ruffalo’s portrayal of a sex addict to be even close to that of Michael Fassbender‘s role in Shame – it’s not meant to be. It WILL be interesting to see how the issue of sex addiction is handled here. After all, as Paltrow’s character says “Isn’t that just something guys say when they get caught cheating?“

Thanks for Sharing is the feature directorial debut of writer/director Stuart Blumberg who was a writer on The Kids Are All Right (which also starred Ruffalo and earned Blumberg an Oscar nomination)  and The Girl Next Door. Pretty good pedigree and it gives me hope that he’s written another interesting relationship comedy.

I didn’t catch this at TIFF where it received so-so reviews, so I’m not sure if I’ll be checking this one out – yet. However as Mark Ruffalo is in it I may be compelled to see this.

You know, just because.