You are here: Home / Entertainment / Music Review – The Rascals: Once Upon a Dream 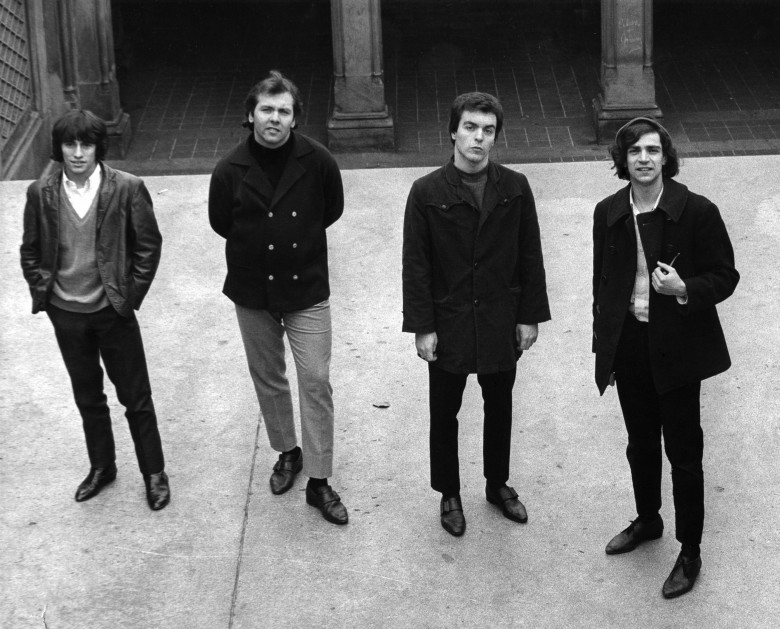 Even before The Rascals: Once Upon a Dream starts, you know it’s going to be different, because the ubiquitous voice you hear in a theatre that normally says you need to turn off your cell says this:

“You may leave your cell phones on, take pictures, tweet them, Facebook them…in fact…do whatever the f**k you want.”

So yes, The Rascals: Once Upon a Dream is no ordinary night out at the Royal Alexandra Theatre. You are definitely not encouraged to stay in your seat and be quiet. Aside from encouraging you to take photos during show, it’s really a concert mixed with a documentary. It’s also unique because you don’t usually hear a rock concert at the the Royal Alexandra Theatre or see original members of an iconic 60’s band reunite after 40 years.

The Rascals were a foursome from New York who – like The Righteous Brothers – were the models of  “blue eyed soul”.  They formed in 1965 featuring Felix Cavaliere on a Hammond B-3 organ, Dino Dinelli on drums, Canadian-born Gene Cornish on guitar, all topped off with the soulful lead vocals of  Cavaliere and Eddie Brigati.

They were a massively popular band in the 1960’s with number one hits such as “Good Lovin”” (1966) and “Goovin'” (1967). In fact, The Rascals were so commercially successful, they even had The Beatles open for them. Then, in 1971 the band unceremoniously broke up, not to be heard from again. 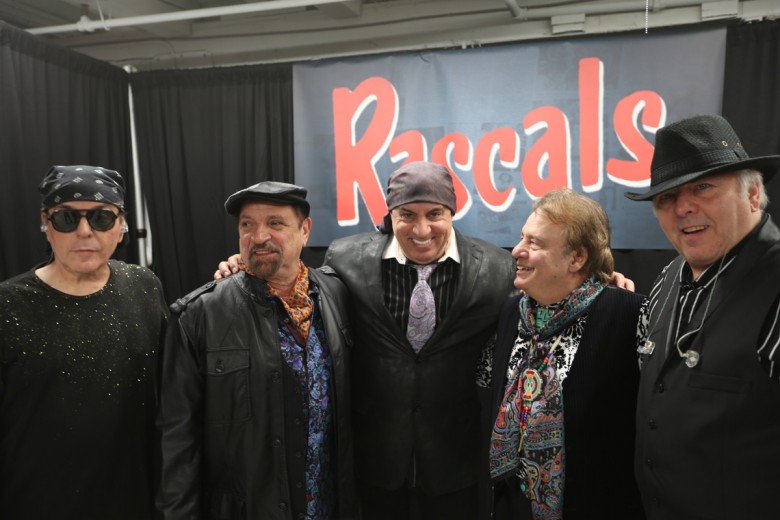 Until Steven Van Zandt found them. Yes, the same Steven Van Zandt who is the bandana-wearing guitarist in Bruce Springsteen‘s E-Street Band. The same man who played Silvio Dante on The Sopranos.

A big fan of the band, Van Zandt has been trying for years to reunite The Rascals. Now he has finally succeeded by writing, producing and co-directing The Rascals: Once Upon a Dream.

Not content with a North American “reunion” tour, Van Zandt wanted something special. He recently told The Globe and Mail that “…a reunion wasn’t enough. These guys deserve more than a pat on the back and a tour on the oldies circuit. They were too important.”

Van Zandt created an innovative format to the concert experience. Working with co-producer, director and production designer Marc Brickman, he placed The Rascals on a stage with a large screen behind them. It projects striking visual images which include photos of the group in its heyday, psychedelic graphics which play off the themes of the songs and other montages of the era. 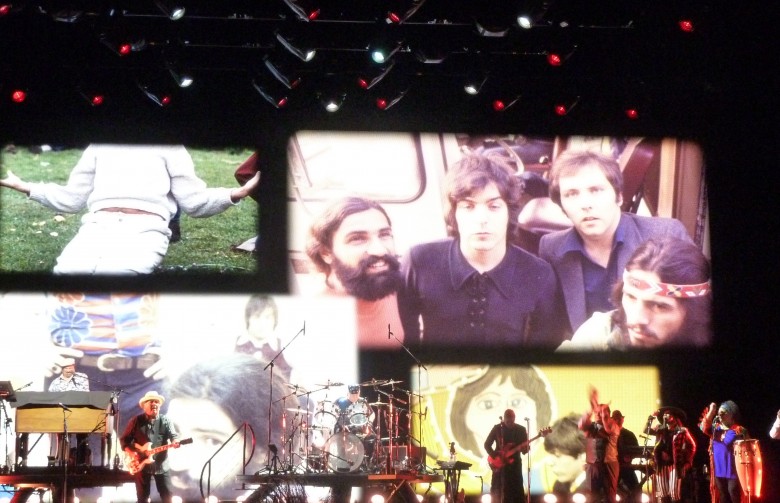 The “documentary” part comes in between the songs. The big screen switches to show members of the band telling their story about how they came to be and their successes. There are also skits which show actors as the “young” Rascals re-enacting key scenes in the narrative.

The show opened last night and I spotted Canadian musicians Ron Sexsmith and Blue Rodeo‘s Jim Cuddy in attendance. It was a mostly older crowd – likely fans of the band since their early beginnings. The audience bopped in their seats to the music and were politely reserved at first. But they really got really going during the big numbers such as “Good Lovin'”. The Rascals were very energetic on stage, appearing thrilled to be performing together again.

For a little while, the concert will transport you back to more innocent time. For fans of The Rascals, there’s no better time than now.

The Rascals: Once Upon a Dream is onstage August 13-25, 2013 at The Royal Alexandra Theatre. For tickets, please visit mirvish.com.