You are here: Home / Entertainment / Motown The Musical Tells The Story Behind The Greatest Hits

The story of Motown Records started with Berry Gordy Jr. in 1959. With an $800 loan from his family and heart full of determination he was able to purchase a small space to create a recording studio in Detroit that later became known as Hitsville, USA. He founded what many call “the music that changed world.”

It was an era of overcoming racial barriers; the sound of Motown became instantly recognizable. Gordy became one of the most successful African-American owned and operated record companies in the U.S. Originally drawing talent from his home town, he worked with some of the most iconic acts in the history of music. It was Gordy who introduced the world to musicians and song writers like Smokey Robinson, Marvin Gaye, Mary Wells, The Temptations and the Supremes. You may also have heard of Stevie Wonder? Yup, he signed on with Motown Records at the young age of 11 years old. Then there was the Jackson 5.

There are many talented names on the Motown roster that stayed on top of the hit charts for the twenty-five years it operated independently. In 1988, Gordy sold Motown Records to MCA and Boston Partners and then 1994 it was purchased by PolyGram and eventually folded into the Universal Music Group.

“Motown was about music for all people — white and black, blue and gree, cops and the robbers. I was reluctant to have our music alienate anyone.” Berry Gordy

Over the decades, the demand for Motown remains and while you can download all your favourites, there’s also a new musical here in Toronto that will be right up your alley. Motown The Musical is now on stage with Mirvish Productions until November 1 at the Princess of Wales Theatre. If you’re a fan of music and of course, Motown, this is one you don’t want to miss!

This show takes you on a musical journey with Motown Records. Based on the true story of Barry Gordy, audiences can experience a deeper understanding of the struggles, fame and relationships built within the company. 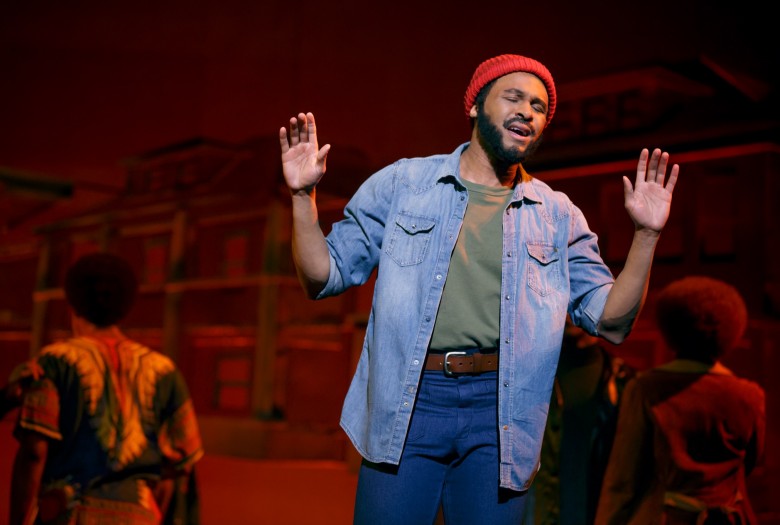 Studded with non-stop musical performances there’s not a moment that won’t keep you from dancing in your seat! There are 60 songs in total that are in this show (including a few that were written for this production by Berry Gordy and Michael Lovesmith).  But it was the performers themselves who wow’d the crowd knowing that they had to convince the audience with their roles as some of the most iconic musicians in history.

“I have this ability to find this hidden talent in people that sometimes even they didn’t know they had.” Berry Gordy

Josh Towers who plays Berry Gordy, has a very powerful, smooth and confident voice. Allison Semmes as Diana Ross manages to keep the same sweet tone, Jarran Muse as Marvin Gaye is incredible — I could have heard more of him, his voice is just as sexy as Gaye’s! But it was the delightful Nathaniel Cullors as young Michael Jackson that won my heart. I swear this kid is MJ.

Motown The Musical is entertaining and an interesting look the genre’s history. It’s a perfect walk along the musical path. Actually, it’s not a walk…you’ll be groovin’ the entire night!