The latest exhibition at the Royal Ontario Museum features an incredible collection of artifacts that date back to over 3,000 years ago. Mesopotamia makes it’s North American debut in Toronto, the only Canadian stop, during it’s international tour.

Mesopotamia: Inventing Our World highlights ancient Sumer, Assyria, and Babylon with objects that have never been seen in Canada. It is presented in collaboration with the British Museum. 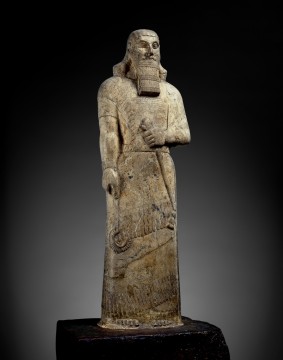 Geographically, Mesopotamia (from the Greek “[land] between the Rivers” encompasses present-day Iraq, north-eastern Syria, and south-eastern Turkey. Urban civilization originated in the area, accompanied by the establishment of the first cities and complex forms of social organization and economic activity. Significant developments during this period include the invention of writing, long-distance communication, trade networks, and the first empires. Sophisticated art and literature began and flourished concurrently with remarkable intellectual, spiritual, and significant advances.

The exhibition shows how the people of Mesopotamia were great innovators. When you first enter the the exhibition you will immediately connect with how this ancient civilization has shaped the world in which we live today. An ancient artifact shows earliest signs of media form and sits next to today’s most popular electronic device. Mesopotamia features numerous benchmarks of society’s social and technological developments, its main focus is on the emergence of cities and states in ancient Sumer (4000-2000 BCE); the Assyrian World Empire (1000-600 BCE); and the rise and fall of Babylon (600-540 BCE).

The exhibition leads visitors through the stages of advancements with over 170 priceless objects from the British Museum as well as iconic objects from the ROM’s own renowned collections and other leading institutions, including the University of Chicago Oriental Institute Museum, University of Pennsylvania Museum of Archaeology and Anthropology (Penn Museum, Philadelphia), and Detroit Institute of the Arts. 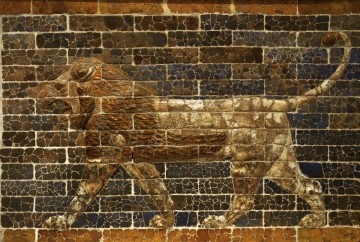 “The British Museum is highly fortunate to have rich Mesopotamian collections as a result of British archaeological excavations undertaken in the past. As custodian of these ancient objects, it is a privilege to make them available to as wide an audience as possible – both in London and internationally. I am very happy to work with the ROM to present some of Mesopotamia’s many achievements. While it is challenging for us today to feel a connection to people of a civilization that exists thousands of years ago, I hope that exhibition visitors will discover aspects of Mesopotamian life and legacy that relate to their own lives.” Says Sarah Collins, the British Museum’s curator for Early Mesopotamia. 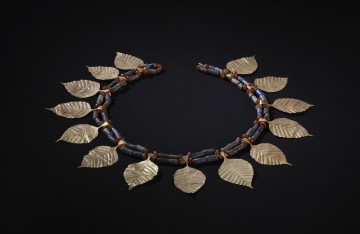 It’s an amazing exhibition with significant historical pieces that reveal many mysteries of ancient civilizations that should not be missed!! Aside from the significant artifacts, the exhibition includes ROM-produced audio-visual installations, touchable reproductions, translations of ancient text, and interactive touch-screens revealing interesting facts pertaining to ancient society. A children’s activity corner offers a hands-on zone for younger visitors. Additional public programming also takes place during the exhibition including lectures.

Mesopotamia: Inventing Our World is now open at the Royal Ontario Museum until January 5, 2013.  Visit rom.on.ca for details