Velvet Haney went from living a life of poverty in the slums of Toronto in the 1960s to gallivanting around the world as a high fashion model, returning to Toronto 14 years later. And for over 50 years, she has kept the truth about her sensational upbringing a secret. Until now.

Nothing has been left out of The Mousehouse Years, her debut graphic memoir. From her father’s mistress introducing her underage brothers to sex – at the encouragement of “daddy dearest” – to hobnobbing with some of Canada’s cultural elite who were blind to what was taking place behind closed doors; Velvet does not leave any secret untold. I had a chance to chat with Velvet about her memoir….

Velvet… what a beautiful name! Is there a story behind your name?

I wrote about my name in The Mousehouse Years but the longer version is that my parents couldn’t think of one for me – weeks had gone by and the city was about to fine them. My father took me in his arms and said (He was born in Tennessee so he  had a slight Southern drawl): “She feels just like Veeelllvet. Let’s call her Velvet.”  Mother came from  an old Ontario WASP family and my grandfather  wouldn’t call me Velvet – he thought it was too  trashy (this was 1954) so he used my middle name,  Lee.

I understand you grew up in Toronto living at the poverty level. What do you want people to  know?

My mother grew up in Moore Park in Toronto. Once she separated from my father she became dependent on her parents for a monthly stipend. This was 1956 before  they had “deadbeat dads”. Everyone in our neighbourhood was in the same financial boat so there was never any “keeping up with the Joneses”. I have a certain nostalgia for that time but for me it was like a “Spanky and Our Gang” existence. We had total freedom and used the whole city as our backyard.

My mother was raising six children as a single mom. So she had a pretty laissez-faire attitude. She kept us well fed with clean clothes. Then she’d want us out of the house. (Our home was only 700 square  feet). She didn’t have the extra money for lessons or anything like that. But we were able to make our own educational field trips – riding the street car everywhere. We took trips to the art gallery, the  museum, Old Fort York, Casa Loma – lots of places  were free. Mother always said she thought it was more difficult for us to raise our children. Now it’s all about  scheduling, play dates, lessons and car pooling. Mum simply shoved us out the front door.

You somehow made it into the social scene and  high society. So, when and how did that  transformation happen?

I modelled for 14 years and during that time I had some disastrous relationships. I kept picking men that were like my father – c harming but narcissistic and unfaithful. Finally, I stopped beating my head against a brick wall and had the good sense to pick   my husband.  He is like my grandfather ‘the salt of the earth’. John and I both come from similar eclectic backgrounds – eccentric and creative parents with  little money. John has done very well in business.

Because of this we were able to buy a home in an upscale area of Toronto. Gradually through  fundraisers and our children’s schools we’ve met  many people.

We know that humble beginnings definitely makes us who we are today. What are some of the  most memorable lessons growing up that keep you  grounded still today.

My mother, even though she went through many difficult time,s never gave up her dreams. I’ve  inherited my optimism from her. And even though I’ve had bad things happen to me I’ve never felt like a victim. And I’ve always tried not to let the negative  stuff get inside – that gives it undeserved power.

Do you believe in fate?

Yes I believe in fate. And I believe we can  achieve out dreams if we’re brave and work towards them.  I also believe in guardian angels, and ‘knocking on wood’  and god – but not a religious god – I just make up my god  as I go along. 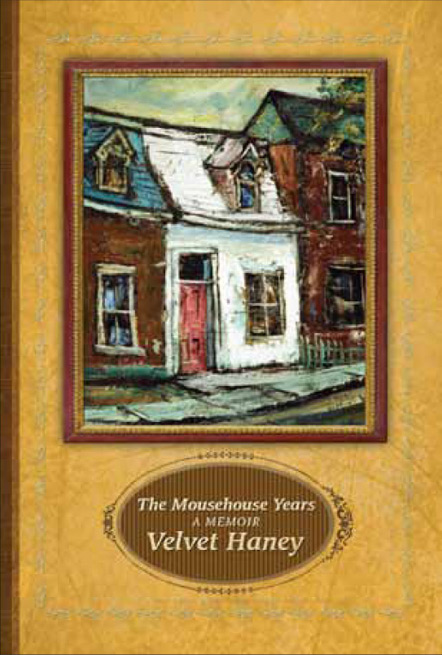 What inspired you to write this graphic memoir? And what’s it all about?

While attending a creative writing course at York University as a mature student I wrote a 20 page piece about children growing up in the slums of Toronto in the early sixties. The students were required to read only 10  pages but every one of those 19 year old jaded, bored, tired kids read the whole 20 pages. Their sincere, enthusiastic questions and clamour for more stories about Mousehouse made me realize I had the subject for my first book. I wrote 100 pages of the memoir in prose but it seemed flat and one dimensional – it didn’t match the voice singing in my head. I had just read the graphic memoir Fun Home by Alison Bechdel and thought – if I could only draw, that’s the way I’d tell the story. I had an epiphany – why not try?  Then began an intense learning period full of trial and error. The Mousehouse Years is the history of my parents’  dysfunctional romance and the story of a single mother  raising six children in the slums of Toronto in the early  sixties. It is a bittersweet and humorous memoir.

Because I began writing/drawing The Mousehouse Years after her death I’d say my mum. The memoir is a eulogy to her and a thank you to my siblings who make my memory of our childhood a happy one. Any good Italian restaurant and pasta pasta pasta! I would ask my mum if she thought I captured the story of her relationship with my dad and our early years as a family correctly. I’ve used  mum’s letters and journals liberally throughout the memoir so I’d ask if she thought I  did a good job.

My family inspires me. I’ve written a comic strip called “The Ebb and the Flow” about married family life. My children and husband are very funny without meaning to be.

Describe yourself in three words.

Many notables in the social scene were in attendance at the book launch this week. The support for Velvet is amazing! 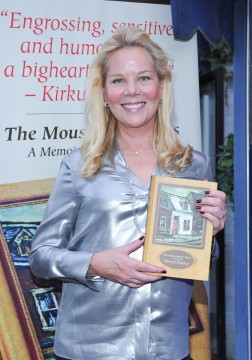 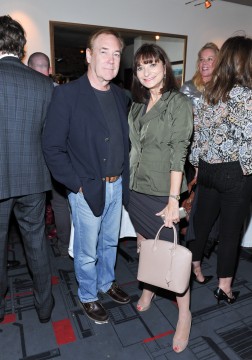 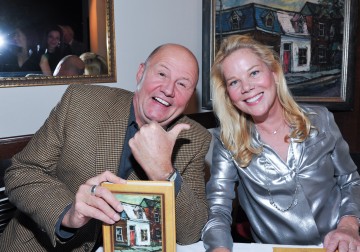 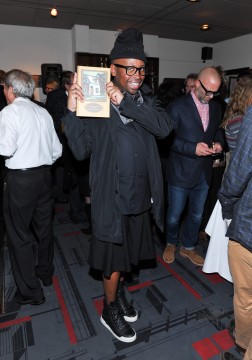 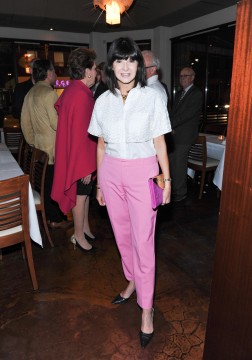 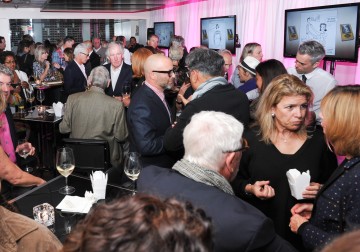