You are here: Home / Entertainment / Keep it in your pants!

You know those people who don’t know when it’s just not the right time? You  know what I’m talking about…like in the movie theatre? GEEZ! I’m talking about their cellphones. Did you know that July is National Cellphone Courtesy Month? Last week there was a very funny social media campaign that caught the attention of many mobile device users. TELUS held a one day awareness campaign encouraging people to use the hashtag #keepitinyourpants . People were tweeting out cellphone etiquette fails and uploading photos on Tumblr.

It drives me bananas when people use their cellphones in public and speak so loud that everyone can hear their private conversations. Especially work related. Yikes! #fail

I’m curious, what’s your biggest pet peeve when it comes to people using their cellphones in public? 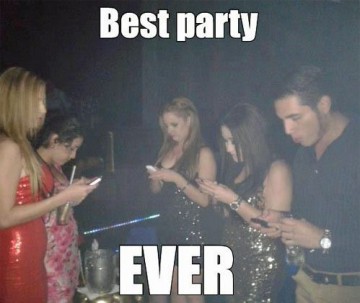 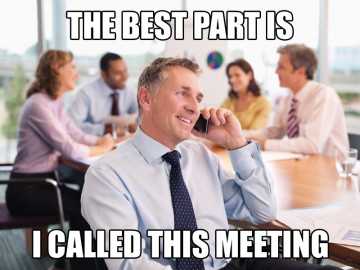 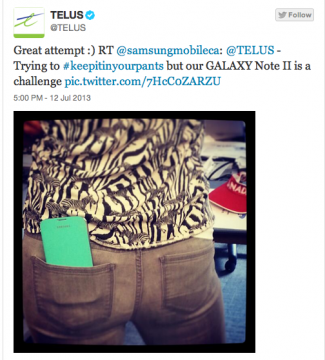 *Photo images are from the #Keepitinyourpants Tumblr page.

This post is not sponsored, nor was I compensated. Sometimes I need reminding that I also need to #keepitinmypants …or my bra.