You are here: Home / Entertainment / Hollywood’s Obsession With Reboots Is Ruining TV (And Our Childhoods)

Back in May, the 3-hour TV remake of the hit movie Dirty Dancing aired on ABC to mostly disastrous reviews and a barrage of Twitter memes and snarky comments. While nostalgia always seems to be in style, the recent trend of big screen classics into made-for-TV movies or live productions has become a ploy for networks to try and capitalize on the original movie’s success. ‘Nobody puts Baby in a corner’ may be the film’s most famous line—but this version should be stuck on the naughty stool and made to stay there indefinitely.

Movie remakes aren’t a new thing, but the three-hour live or extended versions for TV started with 2013’s Sound of Music remake. This heavily marketed ‘television event’ was positioned as innovative, due to the complicated nature of a live broadcast. Sadly, it fell a bit flat in production, but enough viewers tuned in to make it the network’s highest-rated program since the series finale of Frasier, which took place nearly a decade before. This prompted the network to sign on for more productions and the other networks followed suit. A new concept in TV specials was born.

However, remakes weren’t a new concept in the 90s—there was a barrage of TV shows made into movies in a short period of time like the Brady Bunch and the Beverly Hillbillies. Then later, more movie remakes of 80s classics started popping up in theatres like the Karate Kid and Footloose. While none of these movie reboots were exceptionally well-reviewed by critics, they all brought in decent box office returns, I guess because it gave moviegoers a chance to experience the classics that they loved from childhood, but with a new spin.

While taking a classic and re-doing it may seem like a good idea—and Hollywood must think so—it’s tricky to try and recapture the original magic of a movie, and then try to make it new for today’s audiences. Grease Live aired in January of 2016 on FOX and was fairly true to the original, with a few of the movie’s sketchy details updated. The talented cast sang their hearts out, many of the songs difficult to do in a live format, but despite a few sound issues, they managed to pull it off. Although the swagger of John Travolta could never be replicated, it was a reasonable attempt and a bit more family-friendly than the original movie. 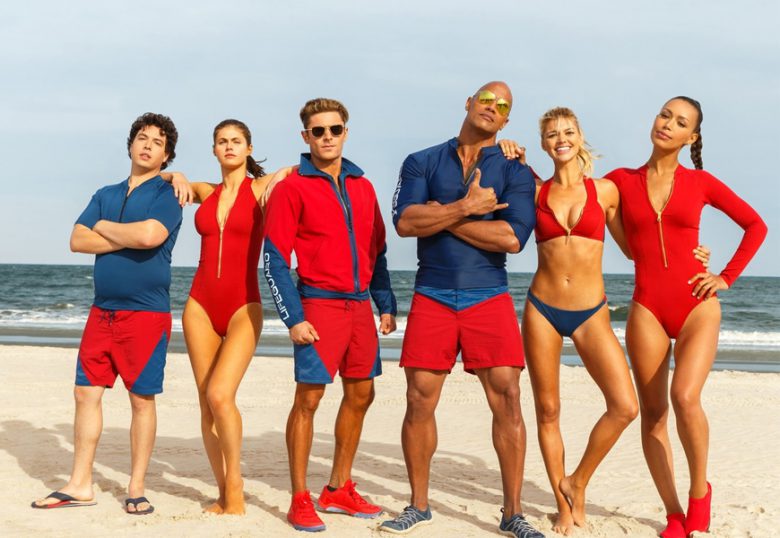 Hairspray debuted in December 2016, also taking on the live format, but it had the added pressure of following the very successful 2007 movie which was an adaption of the Broadway musical which in turn, had taken John Waters 1988 original movie and made it into a musical success. There is a long history behind Hairspray! However, this musical, with its stellar cast—including pop vocal sensation Ariana Grande, Oscar-winner Jennifer Hudson, and Tony-winner Kristin Chenoweth—had a lot of talent to draw upon. Though my kids were hoping for Zac Efron to reprise his role of Link Larkin from the movie, he was probably busy working on his tan and muscles for the new Baywatch reboot, which is out in theatres now (and has only a 20 per cent rating on Rotten Tomatoes).

One has to wonder if Hollywood is just lacking in original scripts and writing talent or if they are just unwilling to take the chance to invest in new movies the way that they used to. With so much more competition out there like Netflix, Hulu, HBO and more, getting bums into movie theatre seats and getting people excited about watching regular primetime TV is that much more difficult. The Sound of Music Live, which debuted with Carrie Underwood as the lead, was shaky at best, despite Underwood’s renowned singing chops. But it still paved the way for more three hour+ TV specials, which are almost like the reality-TV of this decade, allowing stars another yet vehicle to promote themselves.

Next up is the recently announced Jesus Christ Superstar! which NBC will be tackling, with no cast or air date yet decided. The Little Mermaid will be performed in October as a hybrid of live cast and animation. Bye Bye Birdie, starring Jennifer Lopez as the lead was supposed to be set to air as a live production in December 2017, but was recently announced to be delayed due to Lopez’ busy schedule.

Let’s hope that this new era of reboots and television specials wears thin soon. With Dirty Dancing being heavily critically panned and it’s attempt at being re-imagined a total flop, let’s hope that networks wise up and use their executives to take risks on trying something new. Brand new.