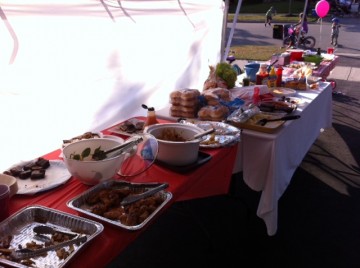 Ya know that expression good fences make good neighbors? I guess that’s true for some, but I found out this weekend that good neighbors make a great party.

We live in Acton (yep, it’s worth the drive) and it’s a pretty tight knit community; judging by the incredible hang-over I had Sunday morning, it’s a party hard community too.

We have lived on this street for just over a year, and in that year we have gotten to know some of the people we share an area code with. My one neighbour, Anthony, and I thought we should try to break the ice by throwing a massive street bender. We were like a couple of Martha Stewarts; we made flyers and even had our kids deliver them.

The party was to start at three, and at 2:59pm it was just me, Anthony, our wives, and another great neighour named Jason. 3:05 still nothing. There is nothing more depressing than 3 grown men standing under a tent looking to party and having no one to party with. I had that feeling that this was going to turn into another Geraldo Rivera, Al Capone vault situation – all hype, no payoff.

We had it all planned out: pot luck dinner, a bike parade for the kids, potato sack races, face painting, live music and the pièce de résistance – an outdoor movie. Anthony owns his own company called “Party Cinemas”. It’s a very cool idea; he puts on dances at kids schools and hosts movie nights in the park or at birthday parties.

3:35pm- another beer is consumed in nervous anticipation.

3:40pm- flashbacks of being stood up on dates

3:45pm- everybody started coming out of the woodwork

5:00pm- were surrounded by 50 neighbours

After 9:30, it’s all a bit of a blur, but from what I’ve been told, we all had a blast. What a party, and the best part was, everybody was just a few steps to their beds, or in my case, garage floor.

The street was a buzz the next day with everyone saying they had a great time. It’s very cool getting to know the people you share a street with. It also makes it way less awkward when you have to borrow a socket wrench off of one of them.

It all started with an idea and a flyer, so now whenever I have to do something I think WWMSD? Which obviously stands for: What Would Martha Stewart Do?

here are a few more pictures 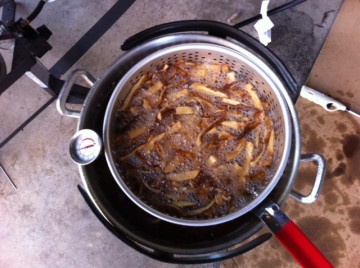 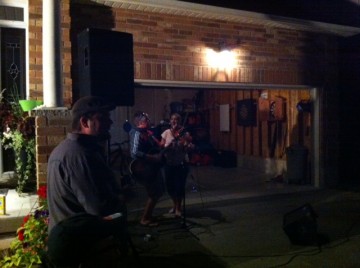 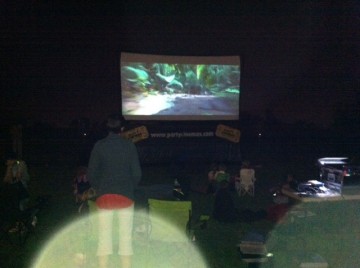