You are here: Home / Entertainment / Francis Bacon & Henry Moore: Terror and Beauty at the AGO

The Art Gallery of Ontario will open its newest exhibit this April 5. Francis Bacon & Henry Moore: Terror and Beauty brings two giants of 20th century British art together in a major exhibition of sculpture and paintings. The exhibition will feature over 130 works of art by the two highly influential artists as well as a number of photographs and archival materials dating from the Second World War. This is also the first exhibition of Francis Bacon’s art in Canada.

Although they were neither friends nor collaborators, painter Francis Bacon and sculptor Henry Moore were contemporaries who shared an obsession with expressing themes of suffering, struggle and survival in relation to the human body. Their work has inspired generations of artists from Batman films to Toronto’s own City Hall. Bacon’s dark depictions have inspired several characters in pop culture including the appearance of Heath Ledger’s Joker in The Dark Knight. 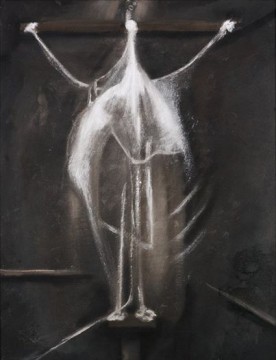 Both artists portrayed works in very abstract, contorted and sometimes deconstructed ways drawing from their own personal experiences and examines the theme of suffering and expression.

The exhibition will include rarely seen Henry Moore pieces and curated for the AGO by Dan Adler, associate professor of art history at York University. Loans for the exhibition have been secured from several museums including MoMA, Tate Britain and the Museo de Belles Arte, Bilbao.

The exhibition runs from April 5th to July 20, 2014 at the Art Gallery of Ontario (Toronto)

The AGO will also host several events, talks and films that will explore the lives of Francis Bacon and Henry Moore. Visit www.ago.net/francis-bacon-and-henry-moore for details.