You are here: Home / Entertainment / Fox News: ‘Frozen’ Empowers Women By Tearing Men Down
Share this...

First off, let’s just start by saying that Fox News is extremely late to the party. Like, 14 months late. After a year of countless “Let It Go” covers, multiple award nominations (and wins!), and completely taking over toy stores with a plethora of movie merchandise—only now does Fox News decide to have a problem with the movie Frozen.

Earlier this week, Fox aired a segment on their show called Fox & Friends. It featured host Steve Doocy and Penny Nance, the CEO of Concerned Women For America, discussing “The Frozen Effect,” a term used to describe (according to them) how the movie Frozen has empowered women at the expense of portraying men as fools and villains.

To really drive his point home, Doocy uses two clips from the film—one of Kristoff (Jonathan Groff) joking about picking his nose and the second of Hans (Santino Fontana) revealing his evil master plan to Anna (Kristen Bell). “So what kind of message is that sending to our kids and to all of us?” Doocy asked. Well, according to Nance it’s the perfect example of how Disney and Hollywood just loooooves to devalue men in an effort to empower women. “It’s often sent the message that men are superfluous, they’re stupid, they get in the way, and if they contribute anything to a family it’s a paycheck,” said Nance.

Really? Because last time we checked, the opposite has been happening since FOREVER. But we’re guessing Fox is so desensitized to misogyny in film, that they couldn’t tell the difference. Here they are taking about Frozen‘s non-existent misandry instead.

“When we bring our daughters to see Frozen, we often have our little boys sitting there…We want them to know that they’re essential. We want to raise heroes. We want to raise real men that will stick in their families and be great dads, be great providers and great husbands,” continued Nance. 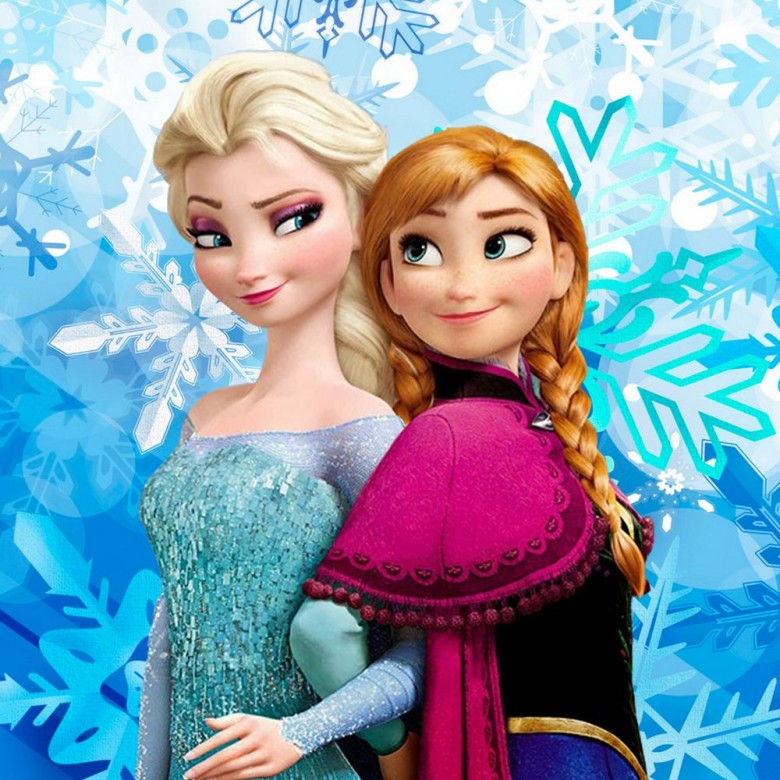 First of all, let’s completely disregard Nance’s archaic views of what a “real man” is and try to focus on this  silly argument for a second. You want a male hero, Nance? Just look at the countless movies where men played heroes, saving the damsel in distress. Heck, a lot of Disney movie plays on this trope —The Little Mermaid, Cinderella, Snow White, Beauty & The Beast, Sleeping Beauty—even when the lead was female! In all of them (and countless more), the female character is diminished to a delicate little flower who needs to be saved by her knight in shining armour because for some reason she’s not smart or strong enough to do it on her own.

You also want to talk about villains? Let’s not forget how many times women were villainized in these movies—Ursala, the Evil Queen, the numerous evil stepmothers. What does all that tell young girls? Heaven forbid we have a movie about  girls who take initiative and have a hand in their own goddamn destiny. This is the 21st century after all.

And let’s be real, there are countless of great male characters in Frozen. Kristoff is Anna’s loyal friend with a fun sense of humour (sorry if you can’t take a nose picking joke, Fox!). And there’s Olaf, the snowman who slays every scene he’s in because he’s so loveable. When you think about it, they’re actually great characters to look up to. Why? Because they showcase exemplary friendship by being supportive to their friend Anna. But noooo, even they’re not masculine enough for Nance.

“We don’t have to empower women at the cost of tearing down men,” she concludes. Well, maybe if your argument wasn’t so poorly thought out, in a general context, I would have agreed with you there, Nance. But seeing as you’re using Frozen as your main example, I don’t. Truth is, Frozen isn’t tearing men down and it’s definitely not an attack on masculinity. Frankly, did we watch the same movie? Or did Nance even bother watching the film at all? The host Doocy didn’t, and he blatantly admitted that on television before engaging in a conversation about its merits.

So Fox, next time:  don’t let a couple of grossly misinformed people go on your show and talk about something they know absolutely nothing about. Oh wait, you probably wouldn’t have a show then. Or a network….

“Stop making that noise, it makes me want to throw squirrels.” The sound of crackling plastic was driving my husband to the point of rodent … END_OF_DOCUMENT_TOKEN_TO_BE_REPLACED

Summer used to be magical. The hot weather, the outdoor adventures, the complete and total lack of responsibility. School was over for the year and … END_OF_DOCUMENT_TOKEN_TO_BE_REPLACED