You are here: Home / Entertainment / Celebrity / We Interviewed R.L. Stine And He Shared The Secret To Scary Fun

We love the popular children’s book series Goosebumps by author R.L. Stine. The fiction thriller series written for the 7 to 12-year-old set has sold over 400 million copies globally. To say that the author has a wild imagination is an understatement. His brilliant story telling has brought a love for reading to many and continues to do so now with the release of Goosebumps—the movie that revisits many of our favourite characters from the series. The film opens this Friday, October 16 nation-wide.

The film starts off with teen Zach (Dylan Minnette) and his mom moving from a big city to a small town. Next door lives Hannah (Odeya Rush) and her dad, a mysterious duo. While dad keeps to himself, Hannah is eager to make friends… any friends. Curiousity gets the best of Zach one evening when he sneaks into the neighbour’s house with his new friend Champ (Ryan Lee) and discovers that the dad is actually R. L. Stine (played by Jack Black) and notices all the original Goosebumps manuscripts on the bookshelf. The problem arises when he accidentally unlocks a book and unleashes the demons from the stories. Their mission is to return them back where they belong before they destroy the town and beyond.

When I was offered the opportunity to interview R.L. Stine and the cast of the Goosebumps movie, I jumped right out of my seat! I had already seen the film at a press screening and absolutely loved the film. It’s fresh and unpredictable and you don’t have to have read the books to “get” the movie.  In fact, you may find yourself wandering over to the bookstore, library or downloading the series after you see it! If you’re wondering if it’s too scary for your child, basically if you’ve seen the trailer that’s as scary as it gets. I took my 11 year old as well and he LOVED it! He found this Goosebumps movie has just the right amount of silly fun and scary. And he’s definitely interested in reading the books now!

R.L. Stine is just as intriguing as his books. At first glance you’re not sure how to approach him. He has this poker face that is hard to read but that face soon turned into a surprising twist (much like his books)—he’s got a wicked sense of humour and his answers come naturally and honestly without hesitation.

How do you find the balance of having the right amount of scary for kids?

R.L. Stine: It was all very well-planned. Actually I have to confess that I really didn’t want to do Goosebumps. I was actually doing a series for teenagers called Fear Street and it was doing really well. My wife and her business partner kept saying, “Let’s try a younger series for 7 to 12-year-olds.” No one has ever done a scary book series for them before. Never. I thought it would screw up Fear Street and I fought the idea but they finally convinced me to try it. What I figured out was it had to be funny and scary. But didn’t really get it until the second book. The first book called “Welcome to Dead House” was the biggest seller of all of them. I thought it was too scary for Goosebumps because I didn’t think I had that balance yet. It didn’t have the humour but I got it in the second book “Stay Out Of The Basement” that was about a father who slowly turned into a plant.

That’s not as scary as the first book?

It will be interesting to see how people will respond to this movie too. And you don’t have to have read any of the books to have some fun with this movie and it’s’ not just for a certain age group. There’s appeal for older kids as well as parents along side of those who grew up reading the series in the 90s.

R.L. Stine: Yes, they wanted to do a fabulous show and I hope they will enjoy it. I mean, those are my kids. The ones who grew up with the books. The tricky part is to get both audiences, the generation who grew up reading the books as well as the current kids to see the movie. I see parents who are big fans of the series bring their kids to the book signings today and it really makes me feel young. (laughs)

Do you think the movie will bring in a new generation of readers to the Goosebumps book series?

R.L. Stine: I would hope so but also I would hope that people know that it’s not just a series from the 90s but I’m still writing, too. I like to scare many generations.

So, is there a scary thing or demon that you haven’t unleashed on us yet that you would like to?

R.L. Stine: I don’t know,  do you have any ideas? I think I’ve done everything.

R.L. Stine: (laughs) You know, I met Stephen King last April for the first time and he said, “You’ve taken every amusement park theme that anyone could write and you’ve used them all up!”

Yes! Speaking about the amusement parks… and then

R.L. Stine: No, no, nooooo….. Don’t give anything away before they see the movie! But that one part was a really lovely, wonderful scene. 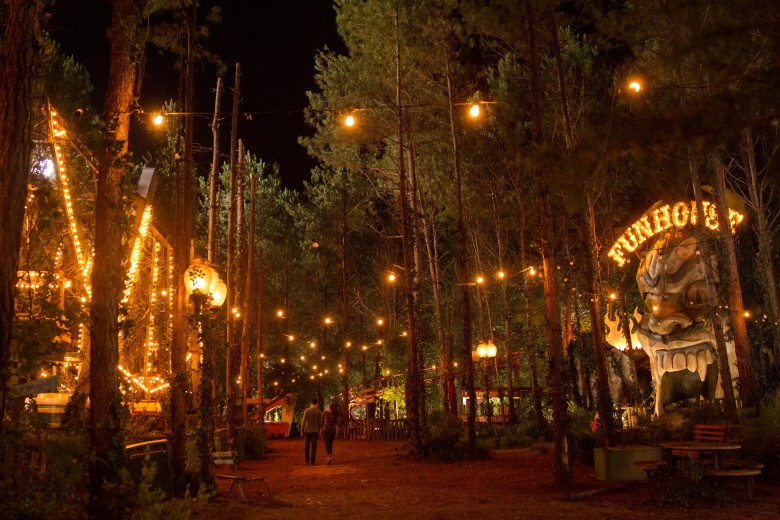 Okay, okay… So turning to the teens in this cast… and I’m sure you’ve been asked, did you grow up reading Goosebumps at all?

Odeya: My brothers were really obsessed with Goosebumps. There’s no way we could grow up not knowing about R.L. Stine and Goosebumps. I grew up in Israel and the books were huge there too.

R.L. Stine: When my books were translated into Hebrew, my parents said I finally did something right. (laughs)

Dylan: I was a huge Goosebumps fan. It was a big part of my childhood and “The Night of the Living Dummy” was pretty scary and the three books, that ended up sort of being a trilogy, I’ll never forget. And “Say Cheese and Die”

My friend Catherine had a great question to ask you, how you felt about today’s writing for teens? Do you think today’s writers are too explicit with their content?

R.L. Stine: There’s so much good writing now in YA fiction and I think it’s amazing! People are also asking why are adults reading YA fiction? Twilight readers are something like 40% adult women and you know why? Because the books are so good. They have real stories. I find we get so disappointed so often with literature in new fiction. But I think the quality of the writing is better now. I’ve been doing children’s fiction for a long time and I’ve never seen a better time for books in the teenage category.

What is the scariest movie of all time for you?

Odeya: Silence of the Lambs.

If you were stuck with one demon, which one would you prefer?

Ryan: Maybe the vampire poodle if you don’t make him mad. Dogs like me.

Dylan: Well, if it had to be one, I’d chose one that wouldn’t kill me. I think it would be Slappy. At least you could kind of make friends with him.

R.L. Stine: At least Slappy would be entertaining. 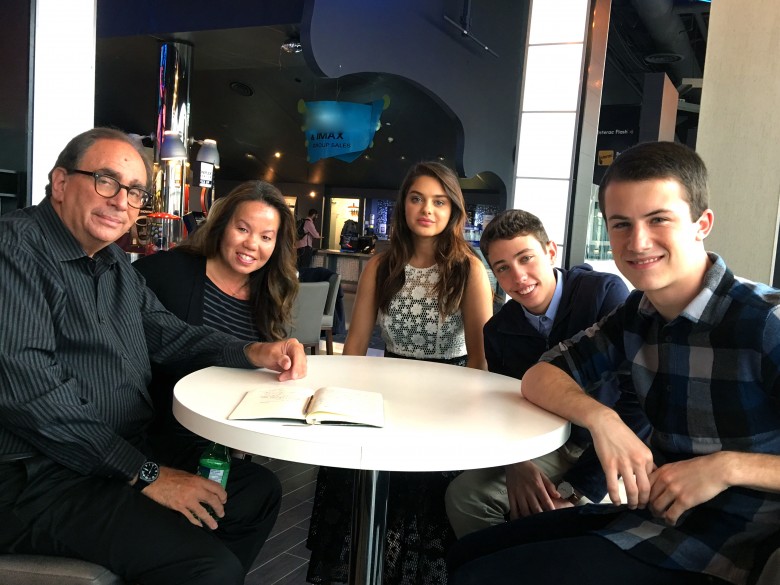