You are here: Home / Entertainment / Celebrity / Sorry, Karla Homolka—You Don’t Get To Turn Your Life Around

I was a young adult when the story of Karla Homolka and her ex-husband Paul Bernardo hit the news. Though I was roughly the same age as her, the details of their grisly crimes were too much for me to handle at the time. But I knew that they were Canadians involved in the rape and murders of young women, which made it chilling and real. Reading more details about the case in 2017, things once again feel close to home, now that I am a mother to two daughters who are the same age as some of their victims. The recent media firestorm around Karla Homolka, who is now a mother of three, concerns her acting as a volunteer at her children’s school. Many parents at the school, as well as the media and the public, are outraged that she has been interacting with other children, given her sordid criminal past.

To understand the gravity of the crimes and the aftermath, one must go back 30 years to the beginning of the story, starting with a series of assaults by the “Scarborough Rapist”. There were at least 24 unsolved assaults that took place from 1987-1991 before the lives of two victims, Leslie Mahaffy and Kristen French in 1991 and 92, were ended at the hands of Karla Homolka and Paul Bernardo. Later it became known that Homolka’s younger sister, Tammy Lyn, died after being drugged and raped by the couple when her death had previously been concluded as the result of choking due to over consumption of alcohol. There was finally an admission by Karla Homolka, and Bernardo’s DNA that connected them to the Scarborough Rapist. Homolka confessed to their involvement in the other crimes and made a plea deal with the police.

Karla Homolka: A Timeline Of Events

The most brutal and heartbreaking piece of the story is the sexual deviance of both Homolka and Bernardo, who brutally raped and tortured their victims and videotaped the assaults. While Homolka tried to describe herself as a battered wife who was forced to take part in the crimes, the video evidence and tapes which were found later in their home, proved her to be a consenting accomplice. While I remember reading a little about this in the 1990s, I was unaware of the details of how these rapes and tortures were conducted in such a long and drawn out way—by both husband AND wife. As the mother of teenage girls, I can only imagine the pain that the Mahaffy, French (and Homolka’s own) family must feel every single day, knowing how much their daughter’s suffered. As parents, we continuously struggle with loosening the boundaries for our teens, and a little piece of my heart dies every single time they walk out the door. To have your daughter die in such an inhumane way—well, simply put, it would be a never-ending nightmare. 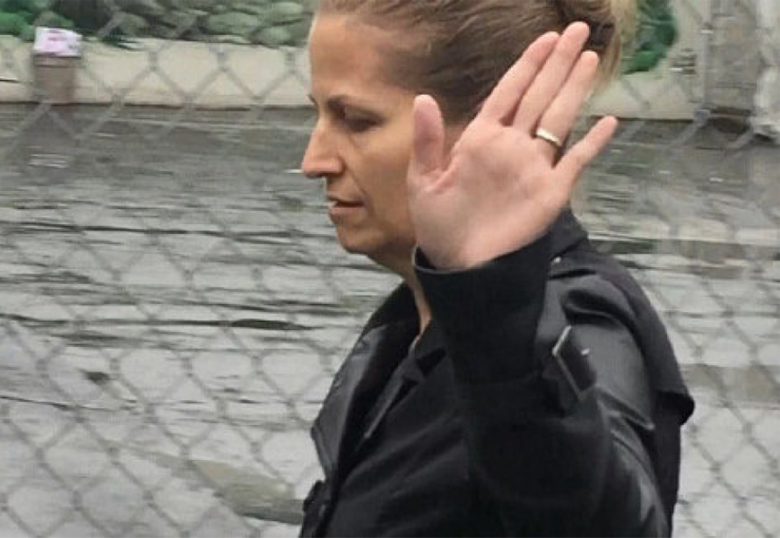 (Image via: Toronto Star) Karla Homolka hit the news again in 2017, for volunteering with children at her kids’ school

The trial and sentencing put Bernardo behind bars for life, but Homolka served her 12-year sentence and was released from prison in 2005. After living in the Caribbean with her husband and children for several years, she returned to Quebec in 2012. Most recently, the media captured images of Homolka dropping her children off at their private school as it was widely reported that she supervised in her child’s classroom, much to the outrage of the general public.

How could this happen? Her 2005 release came with the imposed conditions of a ban on contact with children under the age of 16, but somehow several months later, a second judge overturned the conditions. This allowed Homolka the freedom to appear at her children’s school. Justifiably, parents of children who attend that school are concerned. Why do we even have criminal background checks for parent volunteers if someone like Karla Homolka can so easily slip through the net? It appears that the law has protected Homolka and her right to have children and parent them before it protects others around them. Every school has overzealous parents that complain and squawk about every little thing—but if Homolka was a parent at my own kid’s school, you can bet that I would be one of them.

And it’s not simply “a question of forgiveness”, as NDP Leader Tom Mulcair suggested. The calculated way with which Homolka supplied the drugs, participated fully in the murders, turned on her husband, and manipulated the system to secure a deal before police found video evidence, is proof that there is a much bigger debt that the serial killer hasn’t come close to paying off.

As victim Kristen French’s dad, Doug, said last week, “People can say things like that because they haven’t lived in our shoes. People make statements but they don’t really know what the hell they are talking about it.”

Every parent wants to protect their children, and we all expect our schools to be a safe place. Given the nature of the crimes that Homolka and Bernardo committed, I wouldn’t hesitate to remove my own children from the school if I became aware that she was even near my children, let alone in their classroom. The violent and deviant nature of the crimes committed by this woman are consistent with psychopathic behavior—and we should never discredit the fact that the tendencies of a psychopath can be triggered again at any time.

While Homolka continues to receive breaks by the judicial system and has continued on with her life, Bernardo will be facing a parole hearing in the coming months, much to the dismay of the victim’s families. And after initially defending their decision, the school in question has now banned Homolka from volunteering.

24 years after the trial, this controversial case lives on.