You are here: Home / Entertainment / Celebrity / North West And Penelope Disick Get Braids For Days

There’s some controversy over the latest Instagram posts and Snapchats posted by the Kardashian’s. But really, when isn’t there. Kim Kardashian West showed off daughter North West’s new look: braids made long with hair extensions.

The adorable 2-year-old and her cousin, Penelope Disick are now both sporting the new ‘do. Along with the little girls, Aunt Khloé Kardashian had a similar hairstyle and posted a picture of her and Penelope, saying “I made her my mini me.” 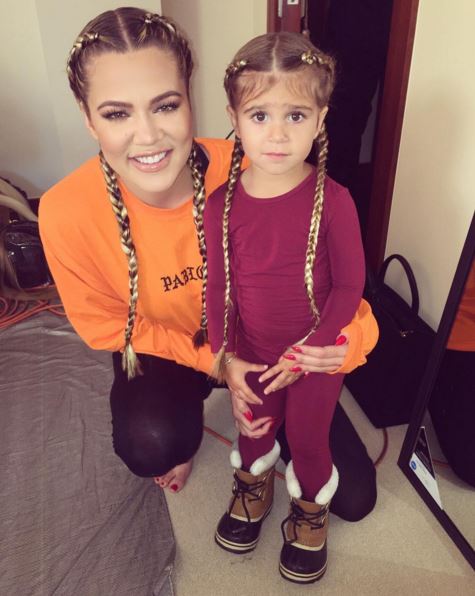 Despite the adorable factor, some people aren’t as thrilled by the hair extensions. Child psychologist, Barbara Greenberg, spoke to Yahoo Beauty about her concerns over the Kardashian girl’s braids. “I think there’s a big difference between adding ribbons and adding hair,” said Greenberg. “If you think of dress-up, kids like to play different roles. They have all kinds of costumes and they can do selections, so it’s imaginative play. The extensions have a different tone to it.”

Greenberg argues that the braids and extensions are more about beauty and that it’s inappropriate for young children, who should be more focused on playing and using their imagination.

As a society we absolutely shouldn’t be sexualizing or hyper-beautifying children, but are braids inherently sexualized? North and Penelope could still play dress-up, use their imagination, and play whatever they wish.

The braids do not inherently stop them from being kids and while the extensions make the process of getting their hair braided more elaborate, it doesn’t necessitate that there is more of a focus on beauty. Children naturally want to copy the adults in their lives, so it’s not completely unexpected that they’d show up with some similar styles as their moms. The focus should be whether the girls are having genuine fun, which none of us can really know looking at only a few pictures. That’s something their parent’s will have to determine. 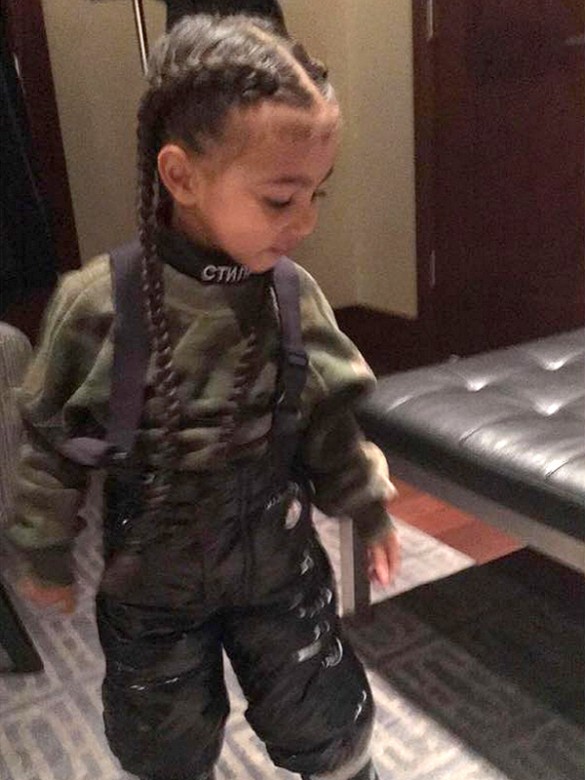 Opinions will vary greatly on anything the Kardashian’s do, so whether a person is for or against the latest social media postings, it’s important to realize that being in the spotlight as heavily as they are will necessarily make all their decisions more controversial. Their lives are under the scrutiny of the public eye and it’s easy to judge someone else’s decisions from the outside.

As a society we must consider how our actions and words are affecting the next generation, but that responsibility lies with all of us, not just those who’s lives are more prominent in the public spotlight.