Kristen Bell joked on The Ellen DeGeneres Show about her morning greeting from daughters Lincoln, 3, and 15 month old Delta: she wakes up to the sound of screeching and screaming. 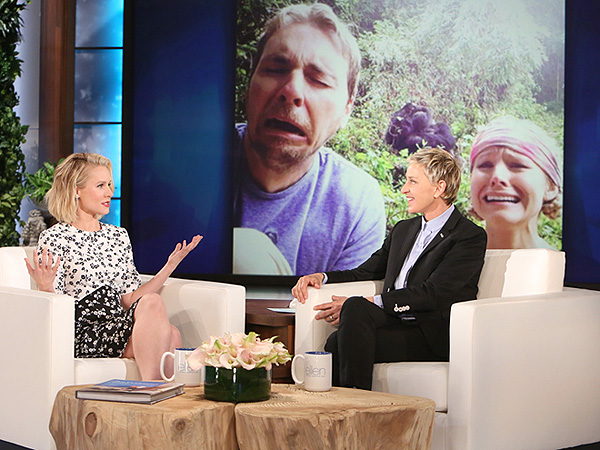 As Bell says, nobody tells you “they’re going to wake up screaming for, like, four years…the moment you wake up, you’re in, like, a horror movie, because everyone in the house is screaming bloody murder.”

Despite the rowdy awakening each day, Bell enjoys the chaos. “It’s a circus. It’s a circus for sure. I love it. I love them.”

Bell had big dreams of her children having coffee made for her the occasional morning when she woke up, but as she realized from the screaming, it’s not likely to happen anytime soon.

Despite the lack of freshly brewed caffeine, Bell has gotten something else instead: a sense of comfort in giving advice now that she’s a mother. One thing she loves to share with her friends is the benefits of healthy foods and healthy living. Her enthusiasm for health makes its way into many conversations with her girlfriends, to the point that they’re “a little bit over it. Because I’ll walk into the room and be like, you guys, does everybody know about selenium?!”