You are here: Home / Entertainment / Celebrity / Chatting With The Creator Of Degrassi’s Next Class About Their Move To Netflix

I grew up in the city where along side normal teen issues we also had a set of different opportunities and experiences from my friends who lived elsewhere. Clubbing was something we all did. If you grew up in Toronto you may remember sneaking off to all ages nightclubs. A time when it was safe, or at least we thought it was, to go out with your friends and hit up places like Twilight Zone or going to that big warehouse space and if you knew the password not only would you get in the door but you would also get a buffet dinner.

When it came to television not much was relatable for us teens. We had the Facts of Life that was entertaining but had predictable story lines. The shows were safe for us and for parents. Today it’s a whole different landscape. Teens are way more complex than ever before. You know what I mean. Social media comes to top of every parent’s mind and many aspects of their our kids’ lives are accelerated and shared like never before. While challenges may sound familiar there are definitely different approaches today and one show in particular recognizes and nails it.

In 1979, Degrassi came along and offered something fresh. The Canadian production that quickly became popular series  amongst teens and continues today with several series including The Kids of Degrassi Street, Degrassi Junior High, Degrassi High and the newest in the franchise, Degrassi: Next Class  that will air all episodes of the first new season this June 11 on Netflix Canada. The production has also just renewed another season to be shown globally on Netflix. 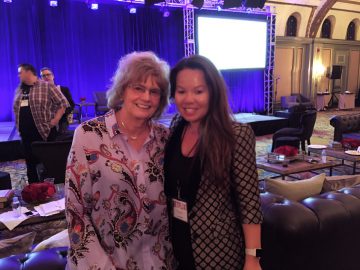 I had chance to meet and chat with Degrassi co-creator Linda Schuyler and director Stefan Brogren aka Snake (who first appeared in the show as a student and then his character eventually became Principal then behind the scenes) earlier this year in Los Angeles at the Television Critics Association Press Tour with Netflix to find out more about the success of shows.

How did it all begin?

Linda: There wasn’t a lot of relatable content in the 70s for teens. I had studied what was out there and out of frustration I finally decided to make these shows. I quit my very secure job as school teacher and started out with The Kids of Degrassi Street which interestingly I had no idea at that time that it would be the beginning of what would become a 35 year plus franchise.

Where did the name Degrassi come from?

Linda: When I quit my teaching job a friend of mine who lived on De Grassi street in downtown Toronto let me stay and that’s where the idea came from although there was no actual school with that name.

What made this Degrassi so different?

Linda: A lot of these choices and decisions made in those very early days such as casting with diversity, age appropriate and being fearless with the subject matter while keeping liberal doses of humour around became the building blocks. As you can see, Degrassi has morphed and changed over the years but a lot of those building blocks have stayed with the show. 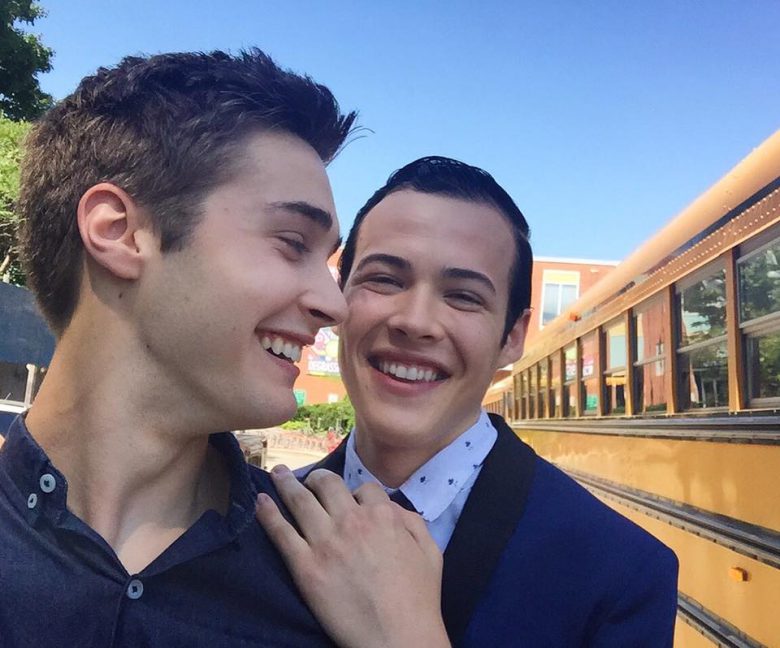 How has technology incorporated into Degrassi?

Stefan: My character actually transitioned in front of the camera to behind the camera and we started doing webisodes that were created for online. We didn’t know what that was yet and there was no real audience for that and didn’t know how that was going to work. All we knew was that it probably should be no more than two minutes and they have to be able to be watched on a screen—and that’s prior to the iPhones and we only had Nokias back then to play with. That was interesting because everything was done rapidly and everything had to be shot a certain way. We soon realized that it was going to be a medium where we could tell real stories that could be added into our Degrassi universe. So we went from this responsibility of making filler to finding ways to expand Degrassi stories. In Canada, we wanted to air them so there was a strange convergence of the two. It’s funny for us because we can now be seen on Netflix.

So why has Degrassi gone to Netflix?

Stefan: The experience has been changing rapidly. I think we’re allowed to be more honest with our storytelling. The communication with our cast and crew has changed. The big change is we’re allowed to tell the Netflix version. That is, we can now tell our cast that we don’t have to worry about telling our audience how we really feel. We let the words do the work. Our characters have always been about being real human beings and being teenagers. They understand that they are the Netflix audience. This experience allows them to be more mature and not feed a mandate to play it safe even though for us it was never about playing safe.

Yes, I’ve heard other actors and directors mention that creating content for Netflix allows for more creativity and pushing limits that regular networks cannot which feels right for this franchise. So, Degrassi is known for having authentic story lines that has respected the teen audience as well as parents how do you keep that up now that you’re on Netflix?

Linda: Well, we won a Peabody award for an episode a few years ago where we had introduced a transgender character to Degrassi. I’m very fond of citing a quotation that they said they gave us. They said, “we neither sensationalize the storyline nor trivialize it.” And that is really an approach that we’ve tried to keep. We are fearless in terms of our subject matter and we’re loving being with Netflix now because we know that they are uniquely fearless with us but we do have a mandate to not sensationalize or trivialize because if we want to be the authentic voice of teens, then we really do have to look at both sides of the issue. I think that, and casting age appropriate kids, has all been very important to the show.

Linda: it was really fun when a group of executives from Netflix came to visit us, it so happened to be the day we were shooting the 500th episode of the franchise. There was cake and photo opps on set. When we said to the cast and crew that we wanted to introduce them to the Netflix execs there was spontaneous clapping and yelling. The Netflix people said they had never received such a response.

Stefan: It was a dream come true in a lot of ways. Our audience is here. 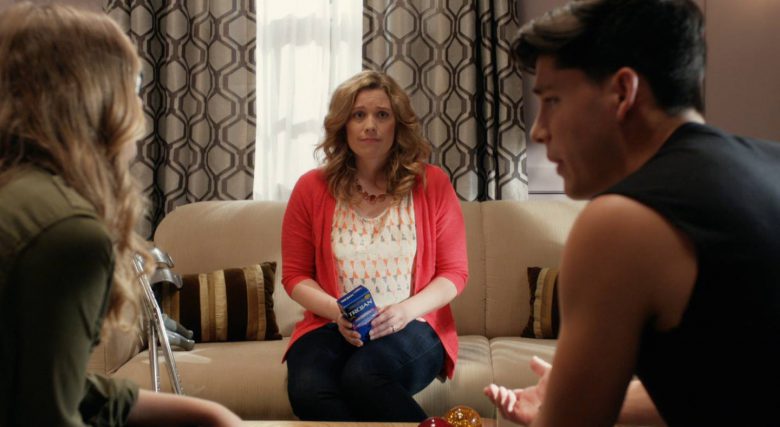 Speaking of response what’s been the response from the teens and parents been on the issues that are relevant in their lives now?

Stefan: Linda and I were sitting in the editing room and we had finished one episode and we’re already thinking it feels like old school Degrassi. It’s been a while since we’ve been able to talk about such topics as wet dreams and we couldn’t believe we were telling these stories again. It was so honest and true. I think we’ve always had to deal with our reactions to being back again to this really honest place. Of course there are people who didn’t want to like the show because they are older now and it’s not their show anymore.  It’s like they’ve had their class with Drake.

And that’s okay, like you’ve said, it’s for the audience of teens and parents of that moment.