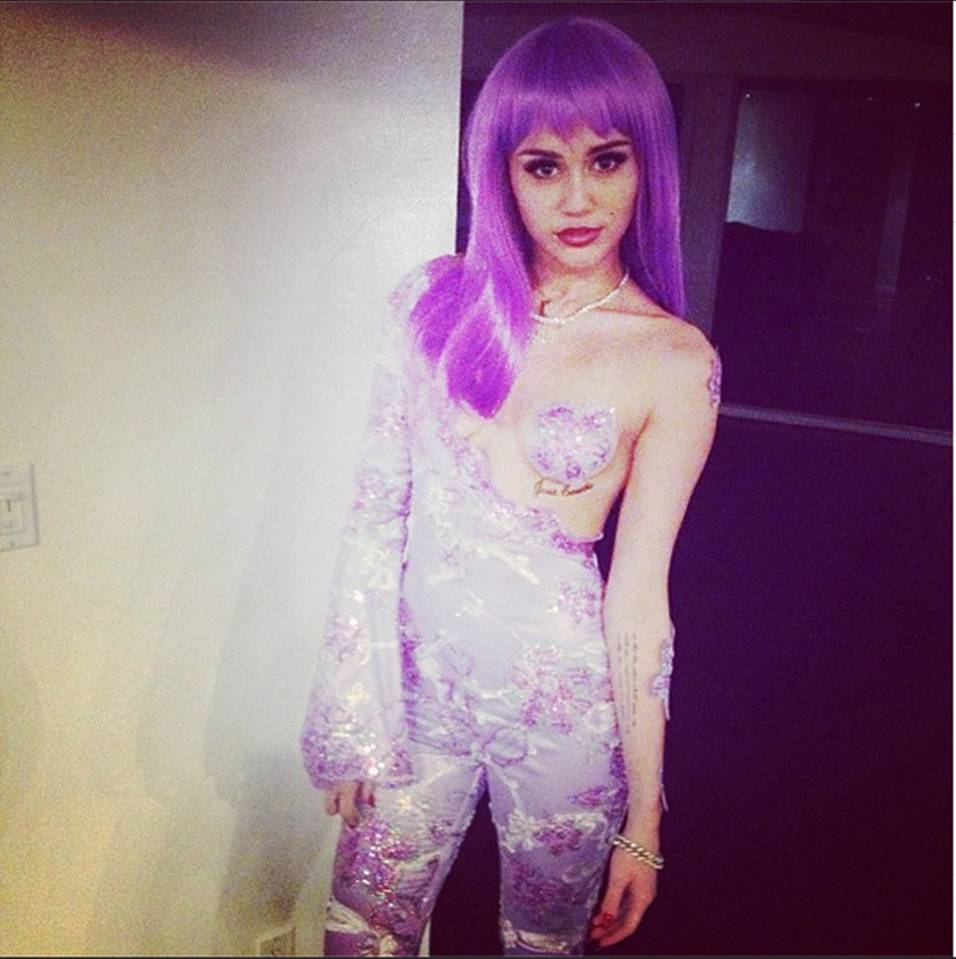 I LOVE Halloween. My favourite holiday of the year! When else can you dress up in whatever you like, no matter what your age and get away with pretty much anything? Well… maybe not anything. Just ask Julianne Hough. Celebs love Halloween too and it’s become my favourite annual activity to snoop around their Instagram pages for pure fun. If you’re stuck for inspiration, want a good laugh, a scare or just plain amusement, look no further. Here are the highlights from this year’s Celebrity Dish edition of Celebrity Halloween Costumes!

Leave it to Paris Hilton to dress up in what is predicted to be THE most popular costume this year. Miley Cyrus at this year’s VMAs: 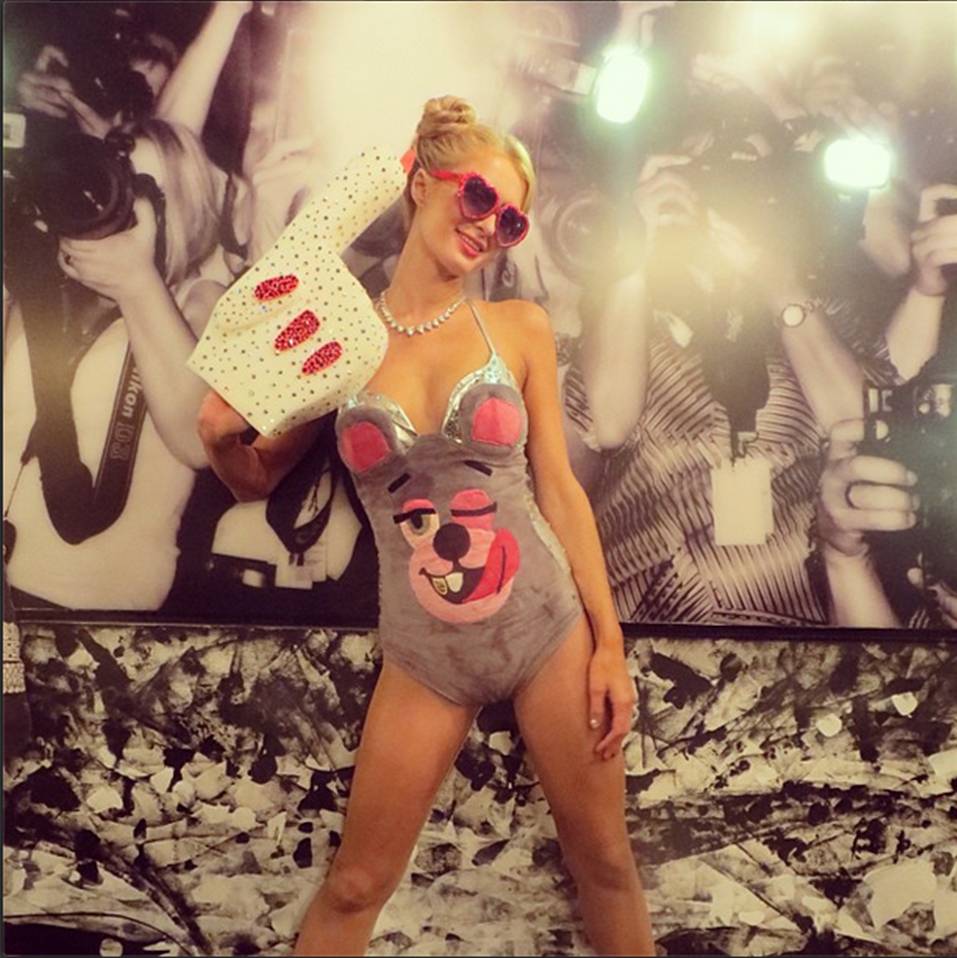 What is Miley herself wearing for Halloween? Check out the top of this post. As a nod to VMA’s she chose to dress as Lil’ Kim. This is what Kim wore during the 1999 VMAs when Diana Ross grabbed her breast!

Ellen de Generes is always a hoot on Halloween. She’s my fave to watch. This year, she dressed up as Niki Minaj in the same outfit the singer wore when she appeared on Ellen’s show recently. Lovin’ the fake breasts! 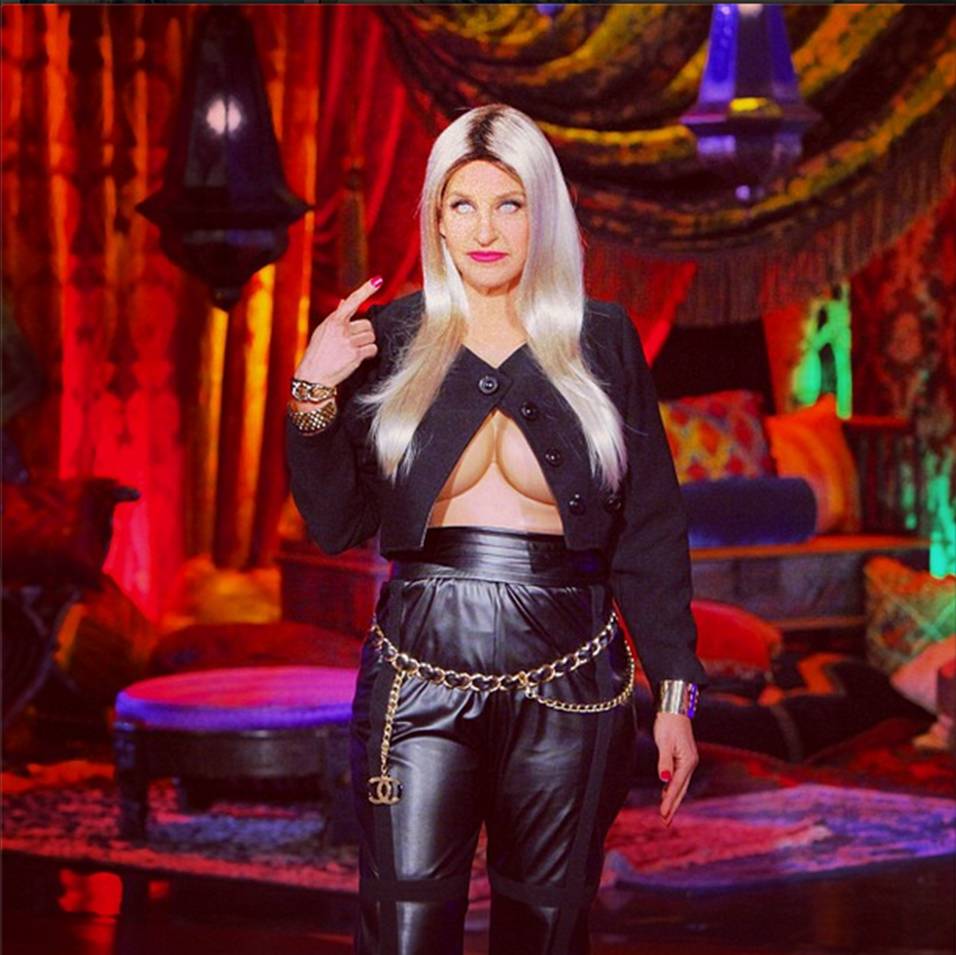 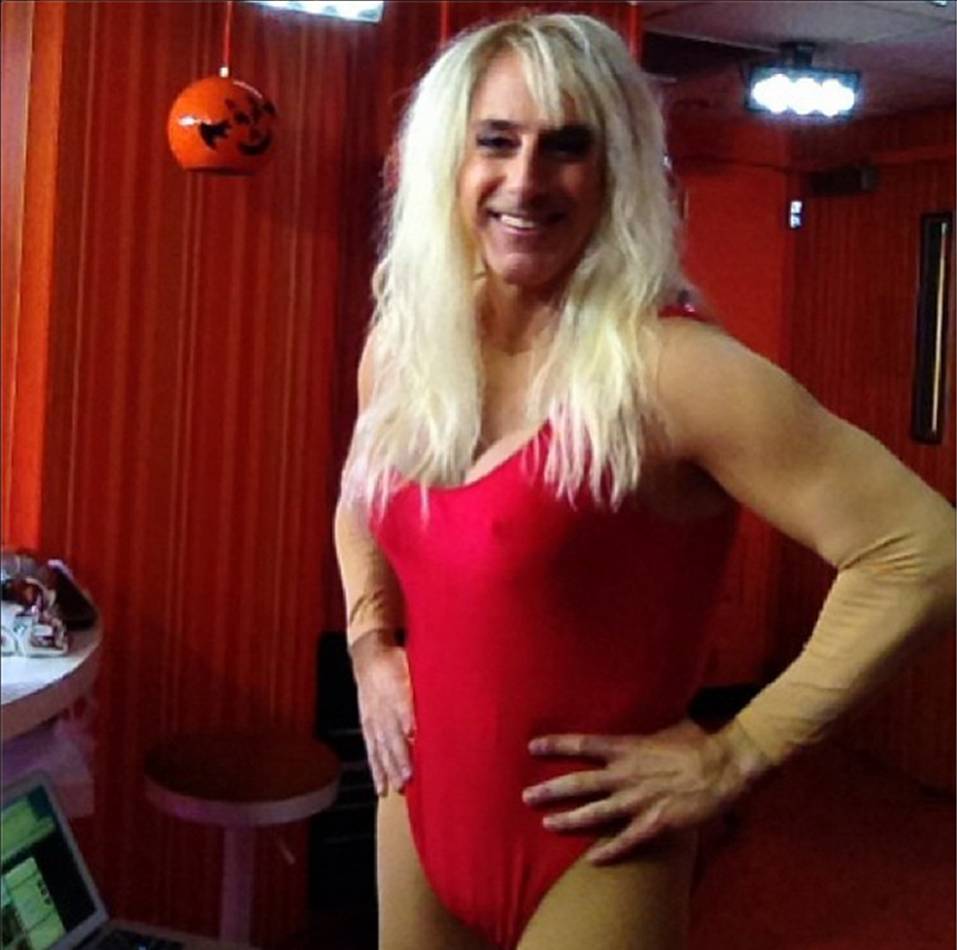 Looks like George Clooney‘s ex Elisabetta Canalis was also inspired by a popular TV show. Here she is as “Wonder Woman” attending a Halloween Party on October 25th. 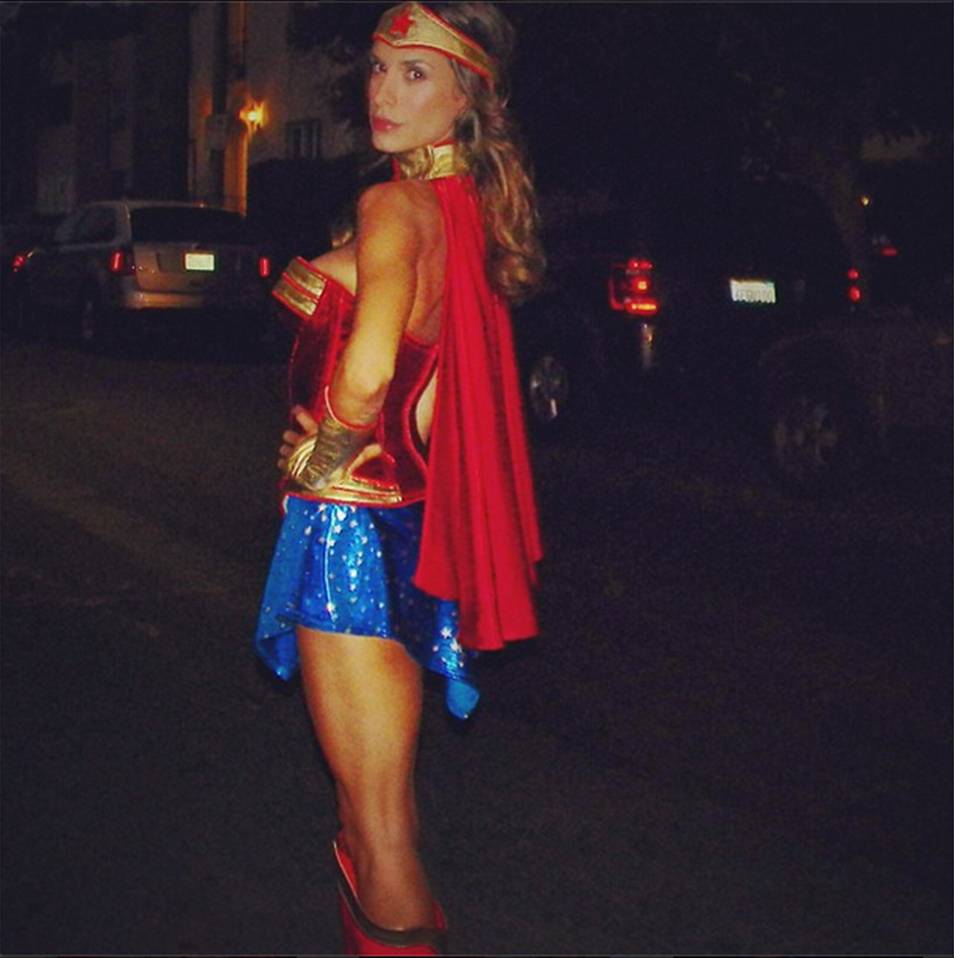 One of MY fave TV shows is Modern Family. I love seeing one of the show’s stars, Jesse Tyler Ferguson and his fun get-up with his husband, Justin Mikita. How cute is this? 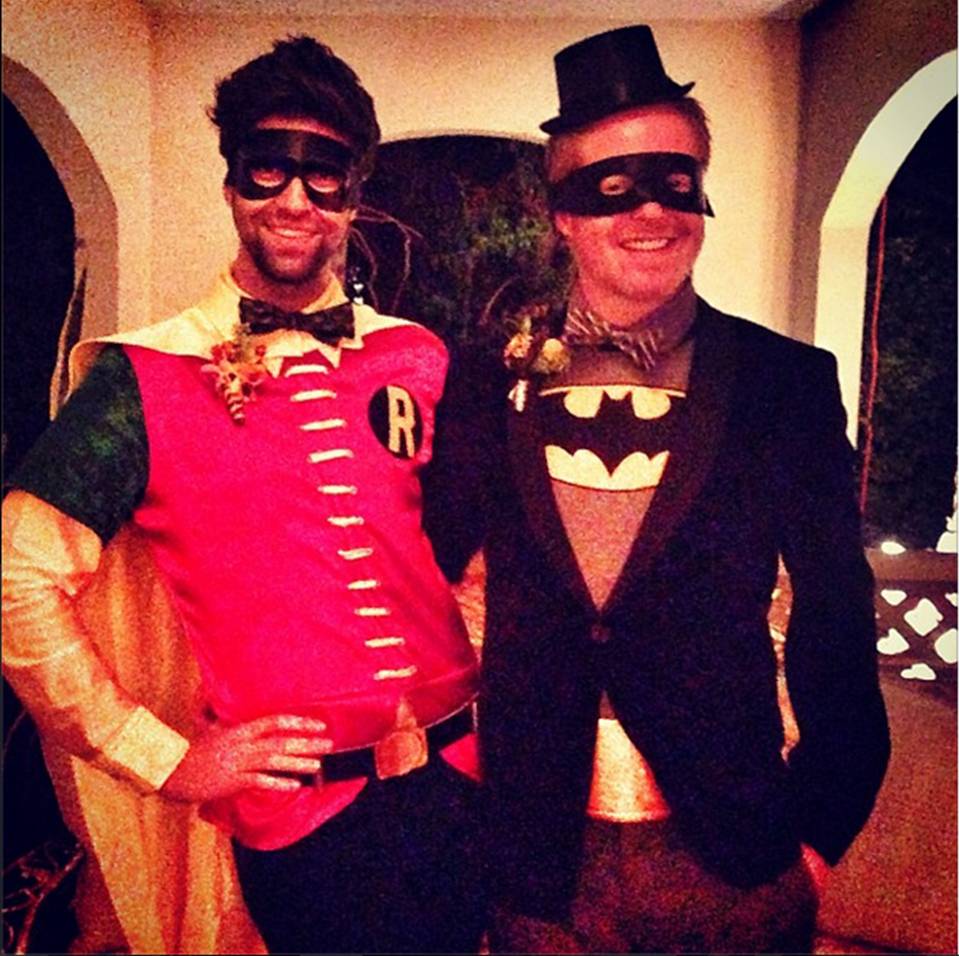 Another couple that did a great job in complimentary costumes was Cindy Crawford and husband Rande Gerber. They attended a Halloween party recently dressed as members of Guns N’ Roses. “A little weird making out with Slash last night– Tequila it could happen!” he tweeted from the bash. 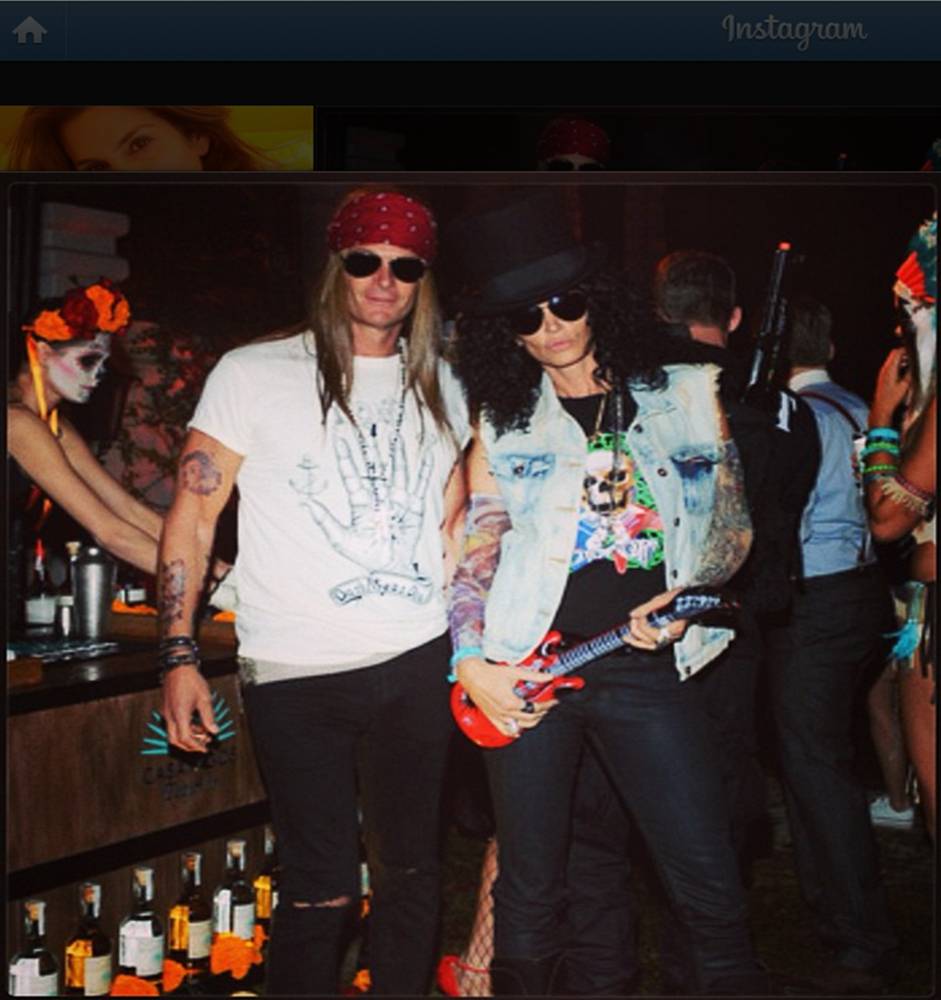 What’s my fave costume this year? It has to be Snoop Dogg. For the scariest, spookiest, and “who is under there” costume. Check this out and tell me that this wouldn’t scare the hell out of you if you saw him knocking on your front door! 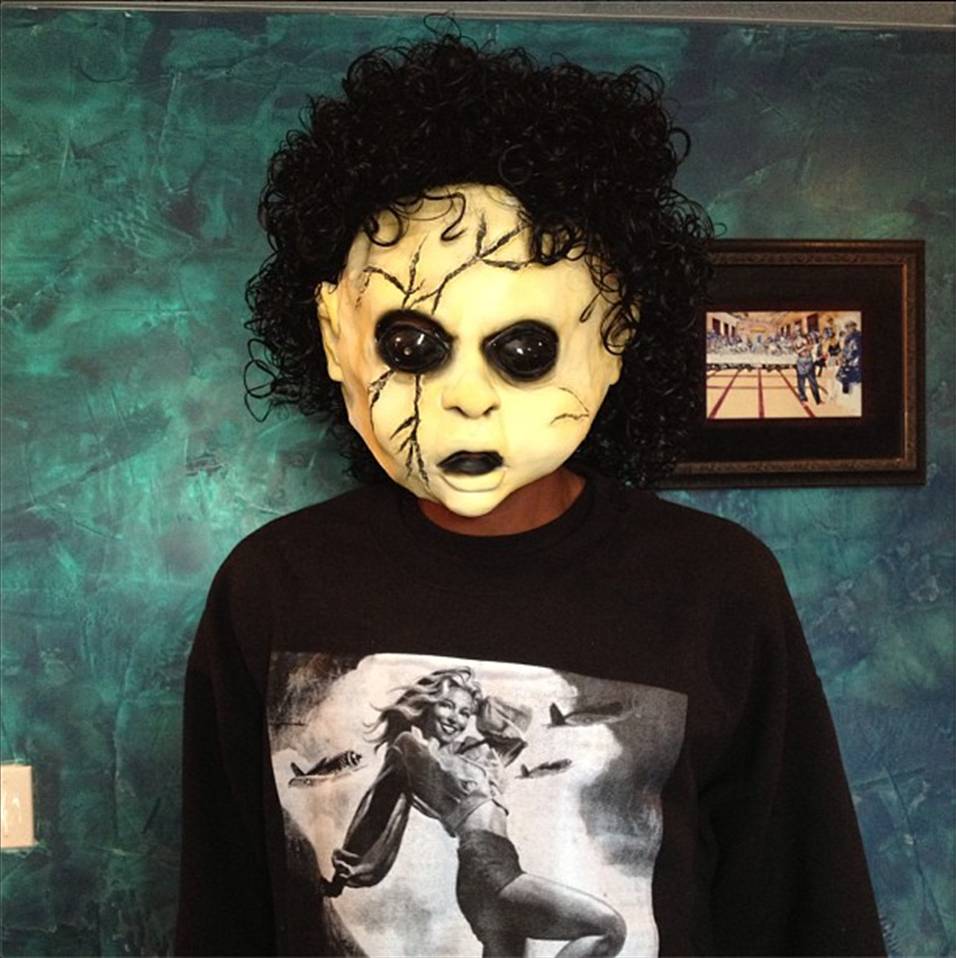