You are here: Home / Entertainment / APP of the Week: Star Walk

I’m going to confess. I’m a bit of a space geek. Not the Star Trek kind (not that there’s anything wrong with that) but I’m completely fascinated with space. I was moved to tears when I walked under the Space Shuttle Endeavour at the California Science Center and my kids weren’t even with me! I followed Canadian Astronaut Chris Hadfield as he, and his team, tweeted incredible images of Earth from the International Space Station (ISS). And one day,  I am hoping to get way far north, like NWT north, to experience the Aurora Borealis and 24 hours of nightfall.

My hubby and kids are crazy about the stars and planets too. We were up north last week in cottage country and absorbed every moment possible stargazing. The stars were so close you could almost touch them. It’s a pretty spectacular view that we never get in the city.

We brought our iPad up loaded with the award-winning APP called STAR WALK. We’ve used it many times over in the city and while we travel – we just can’t get enough of it. This APP will give you incredible accuracy on everything you want to know about the stars above. 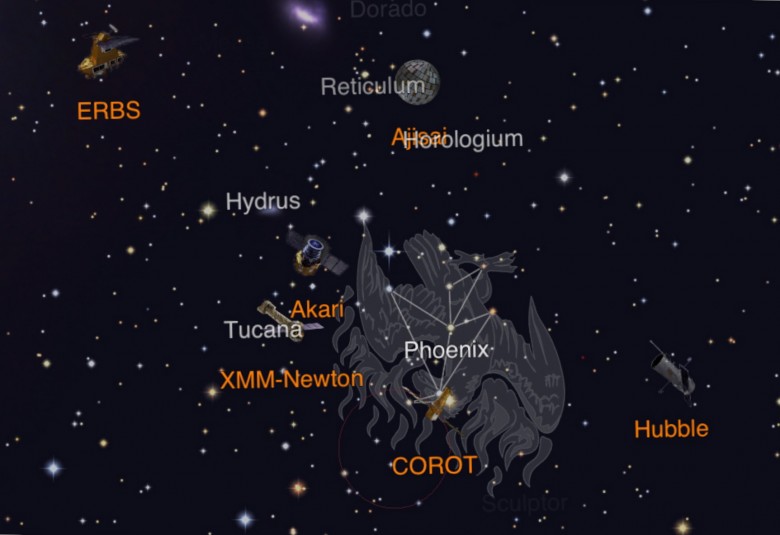 A look at space with the Star Walk App

How it works: through it’s GPS system you simply hold up your iPad, iPhone to the sky and the APP will guide you through the solar system in incredible detail. It displays the locations of constellations, stars, galaxies, planets and satellites. The other night I was holding my iPhone 5 up to the sky and was marvelling at a meteor shower occurring.

The latest version includes a stargazing calendar so you can find out when the latest galactic event will occur. Keep track of when the ISS is flying over your area – it happens more often than you think! You can even sync the events to you iCal for reminders.

This augmented reality app is educational but fun as well for the entire family…even for this city slicker! I also love the music on this APP especially when I can’t sleep at night. It completely calms my mind and puts me in a state of relaxation.

Be sure to check out the photo gallery on the APP as well!

The Star Walk – 5 Star Astronomy Guide APP ($2.99) is available through the iTunes Apple APP Store and is compatible with iPhone, iPod Touch and iPad. It’s also available in various languages. 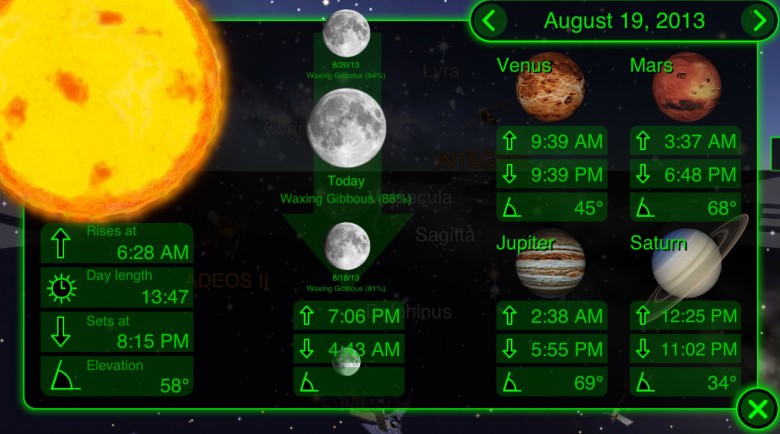 A look at solar events by day with the Star Walk App.