This is the fashion event of the season and we can’t wait! Not only will the runway feature the next generation of Canadian fashion designers but this extraordinary annual event that raises awareness and funds for the Canadian Breast Cancer Foundation.

Themed Future Forward: Designing a Future without Breast Cancer, the 2014 White Cashmere Collection invites 15 fashion innovative designers to create a one-of-a-kind couture collection (yes, made of luxurious Cashmere bathroom tissue) inspired by the women affected by breast cancer. The by-invitation only event will be held in Toronto on September 30th.

This year’s roster of designers were personally selected by the collection’s past contributors. Designer  include… 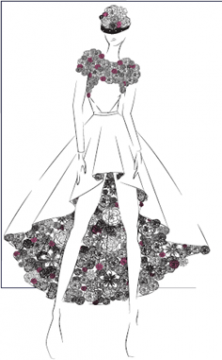 Canada’s best-selling brand Kruger Products, maker of Cashmere Bathroom Tissue, is a proud supporter of the Canadian  Breast Cancer Foundation. Twenty-five cents from the sale of every limited-edition Pink  Embossed Cashmere package goes directly to the Foundation throughout the month of  October, breast cancer awareness month. 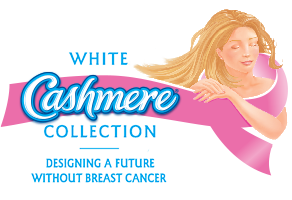 In honour of breast cancer awareness month, we’re offering one lucky reader the chance to win  a pure, soft and luxurious gift pack including:

Please read the rules and regulations before applying